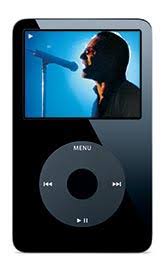 Check out this contest over at MarketingPilgrim.

It’s genius on a few levels:

Damn you MarketingPilgrim for coming up with a very smart, fun and viral contest idea. Why didn’t I think of that? Maybe I’ll have to copycat them in some way…that’s the best form of flattery right?

Meanwhile, I want that free iPod! Go check out MarketingPilgrim’s free iPod contest and yes, subscribe to their feed…